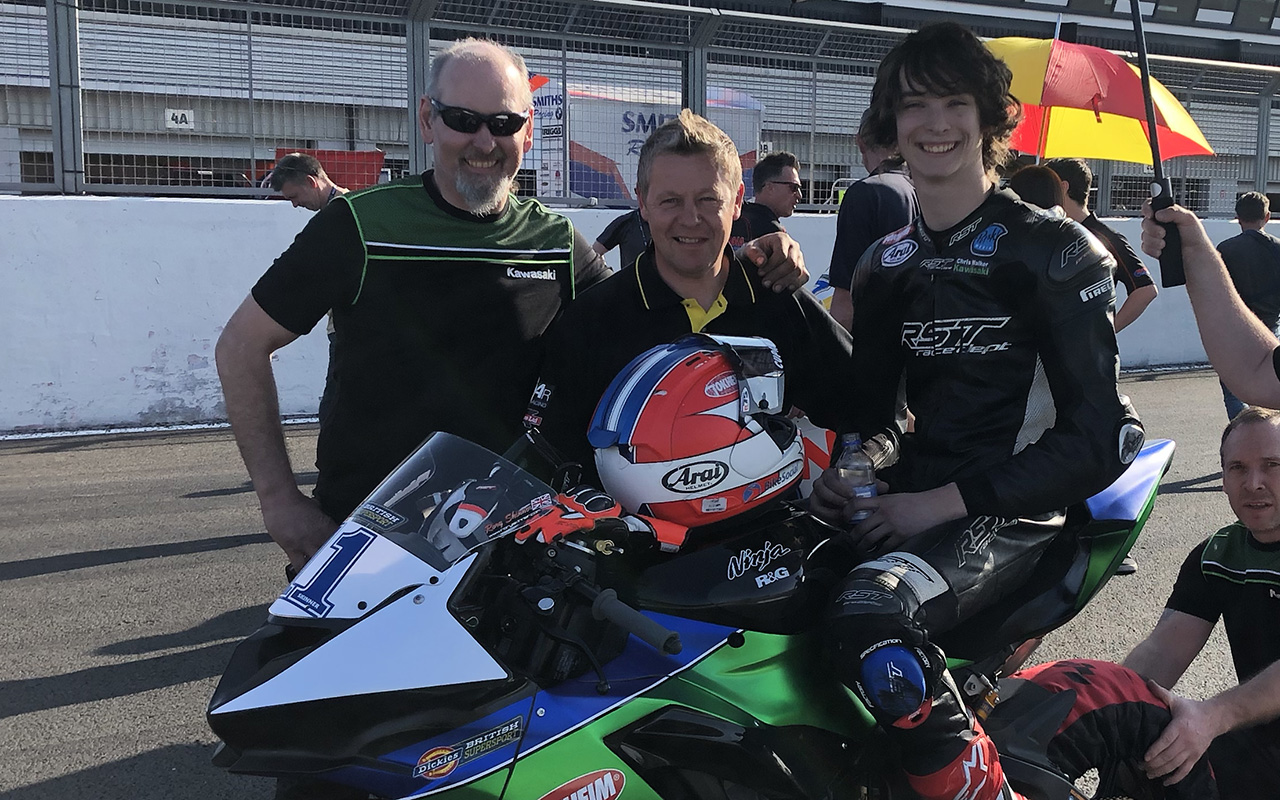 In glorious sunshine, the 17-year-old British Talent Cup champion enjoyed a race-long battle with fellow Kawasaki rider Ben Wilson in the 18-lap sprint race, making his move three laps from the end to finish just over a second off the battle for fifth place.

“I’m happy with that,” said Rory. “We only picked up our standard road bike from Chris Walker Kawasaki six weeks ago, so to come to Silverstone and take a top 10 finish is a fantastic result. We knew coming here that we would need to treat the weekend as a test session and the progress we’ve made between first practice yesterday and the race has been amazing. The bike is still not much more than a superstocker but we now know exactly where we stand and just what we need to improve in every area. I’ve always said that the other Kawasakis would be our benchmark in the opening rounds and I had a good battle with Ben today. In the end we were not too far off the battle for fifth in the supersport class and I’m looking forward to the 26 lap feature race tomorrow. Personally I need all the time I can get on the bike as well and hopefully we can get a good start and see what happens.”

Based on the sprint race lap times, Rory starts tomorrow’s feature race from 11th in class. The race will be broadcast live on British Eurosport 2 and Quest (Freeview channel 114) from 15:40.