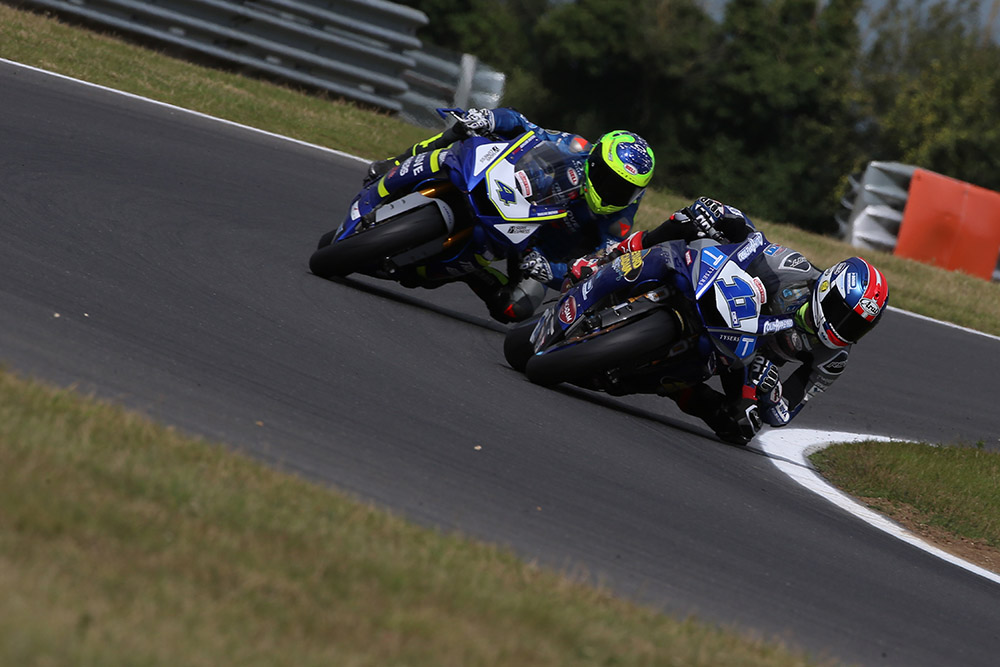 High winds throughout the weekend led to tricky conditions but the 18-year-old Tysers Yamaha rider rode two controlled races around the former airfield to extend his championship lead to 36 points after four races.

Saturday’s 12 lap Sprint race had seen Rory start from pole position, moving into the lead on lap four and controlling the pace to the flag, despite a late scare after being held up by a back marker.

Sunday’s longer Feature race followed a similar pattern, with the Perth teenager easing into his rhythm in the opening lap before hitting the front on lap two. With drizzle in the air and the nature of the Snetterton circuit making it difficult to break away, the former British Talent Cup champion reeled off a super consistent run – all 14 of his racing laps in the 1:52 bracket – to keep the pressure on his rivals. Fellow Yamaha rider Lee Johnston kept the pressure on until he made a mistake with two laps to go, leaving the path clear for Rory to win by 2.285 seconds from Bradley Perie, who was able to capitalise on Johnston’s error.

“It’s been another great weekend,” said Rory. “This was always going to be a tougher weekend for us as I haven’t had much time around this track in the past, and the changeable conditions meant that we didn’t get much quality running in practice. There was a light drizzle today, which made the track a bit slippery, and once again Team Appleyard Macadam Racing did a great job preparing the Tysers Yamaha YZF-R6. I’m really loving working with this team and every weekend they’ve given me what I need to go out there and get the results. I can’t wait for Silverstone now. It’s a circuit I like and one at which I’ve got some good memories.”

The next round of the championship takes place on the fast and furious Silverstone National circuit, on the weekend of 4-6 September. 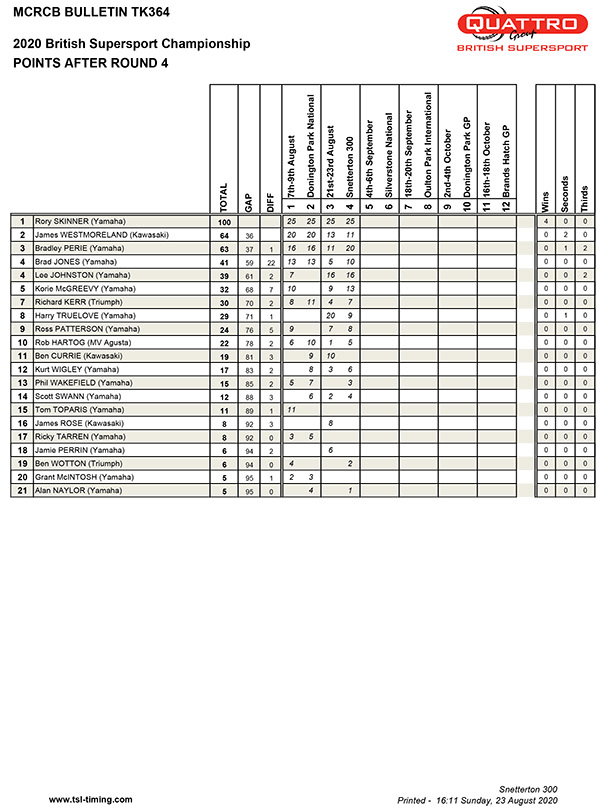