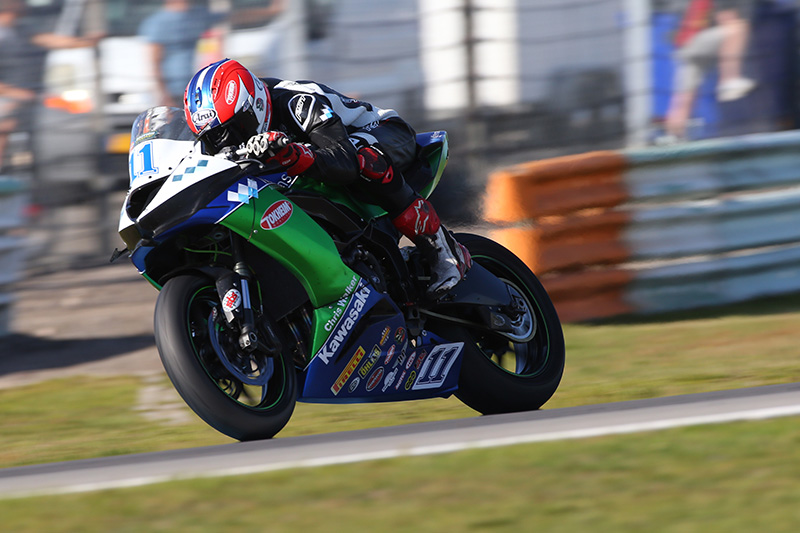 The Perth teenager, who turned 18 last Friday, and his Watermans Team MSR Kawasaki team have made massive progress throughout the year, both in terms of adapting to the highly competitive 600cc class and in developing their Chris Walker Kawasaki supplied ZX-6R.

Donington Park hosted round three of the championship back in May, where Rory posted a pair of fifth place finishes in his first outing with a supersport engine. That round was held on the short Donington Park National circuit, while this weekend’s two races take place on the longer Grand Prix layout, which also includes the stop-start Melbourne Loop section.

“I was really pleased to come away from Assen with two fourth places,” said Rory. “This year has been all about learning the tracks and adapting my style to the 600. Assen is a track that I know well, and it’s good to be going back to Donington Park after doing well there at the start of the season. We’ve made a lot of progress with the bike since then. This time we’re on the Grand Prix circuit, which has two hard braking points at the Melbourne hairpin and Goddard’s, and the weather is looking unpredictable too. The Kawasaki has been good in the few wet sessions we’ve had, so if we can find a good set-up I am happy for it to be wet or dry.

“For a while it looked like Assen would be our last round of the season and I am thankful to the sponsors who have come on board for the last two rounds. Hopefully we can carry on where we left off in Assen and repay the faith that they have shown in me. Right now I’ve got nothing sorted for next year, so it’s important for me to try and end the year on a high.”

This weekend’s racing can be seen live on British Eurosport 2, on both Saturday and Sunday.