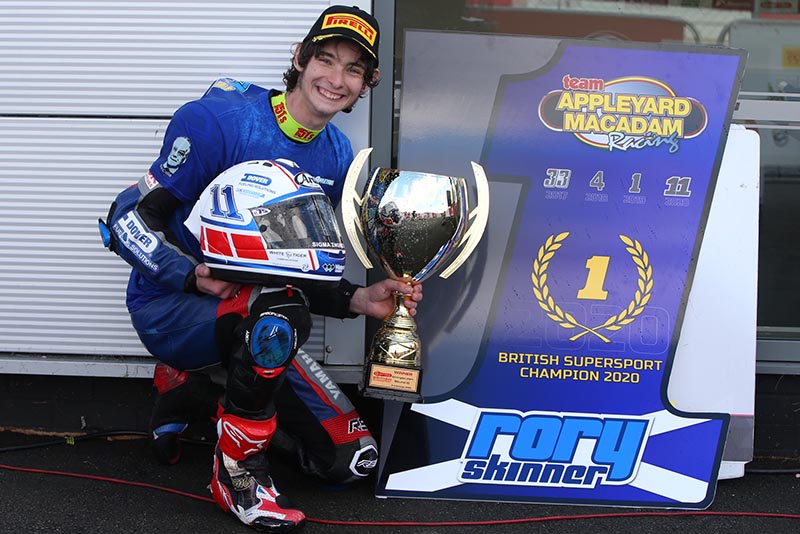 Just one week after celebrating his 19th birthday, Rory Skinner became the youngest ever champion in the 32 year history of the British Supersport Championship after taking a dominant win in today’s 14-lap Feature race at Donington Park.

The 2018 British Talent Cup champion had gone to the Leicestershire circuit with a 73 point advantage over his nearest rival, Tysers Yamaha team-mate Brad Jones, but was unable to wrap up the title in Saturday’s Sprint race, when he crashed out of the lead – one of many fallers on a soaked circuit affected by Storm Alex.

But in a Sunday race held in dry but cold conditions, the Perth teenager took the crown in style, riding around his rivals to take the lead through the first corner and pushing hard to make a break. Tysers Yamaha teamsters Jones and Skinner traded places throughout the mid-race, but the champion in waiting had some extra performance in reserve and set the fastest lap of the race on the penultimate lap as he went on to secure the win by two seconds. With a 77 point advantage over second placed James Westmoreland, who took the win in Saturday’s gruelling Sprint race, and just 50 points available in the remaining races, Skinner was crowned champion ahead of the final race weekend, held at Brands Hatch in two weeks’ time. He takes the honour of becoming the series’ youngest champion from fellow Scot Stuart Easton, who won the 2002 title aged 19 years and 55 days. He is the sixth Scot to win the championship, behind Easton, Ian Simpson, John Crawford, Jim Moodie and, most recently, Tarran Mackenzie.

Speaking after the race, Rory said: “We didn’t have any preconceived ideas for this year and never tried to think about the championship. We enjoy the results on a Sunday night then hit the reset on Monday morning, that’s just the way we operate. That said yesterday was tough as I’d never been on the bike in the wet. Today I felt comfortable so I knew I could aim for the win. It’s been an amazing year and fantastic to get this tied up before Brands.That takes the stress off and I can enjoy the last round of the year with the number one plate on the front of the bike. I can’t thank the team and my personal sponsors enough, what a season!” 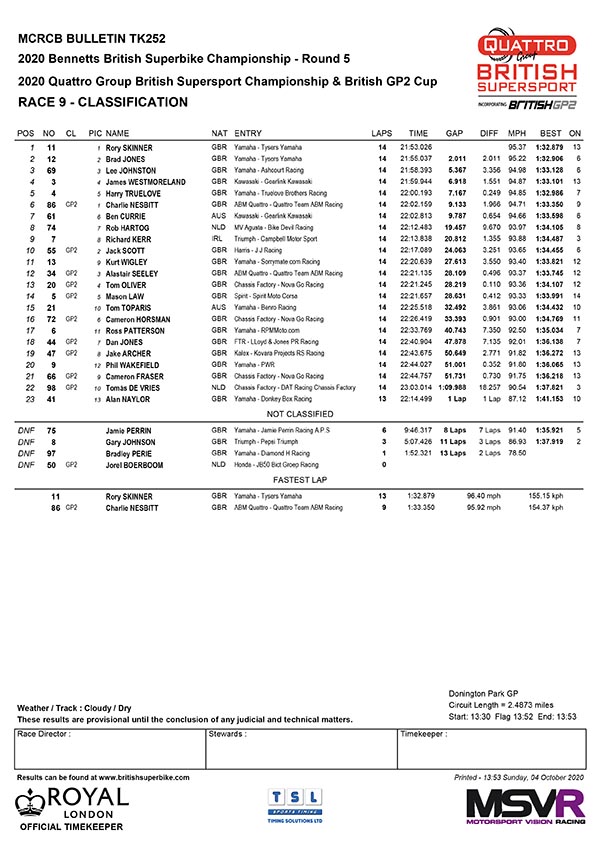 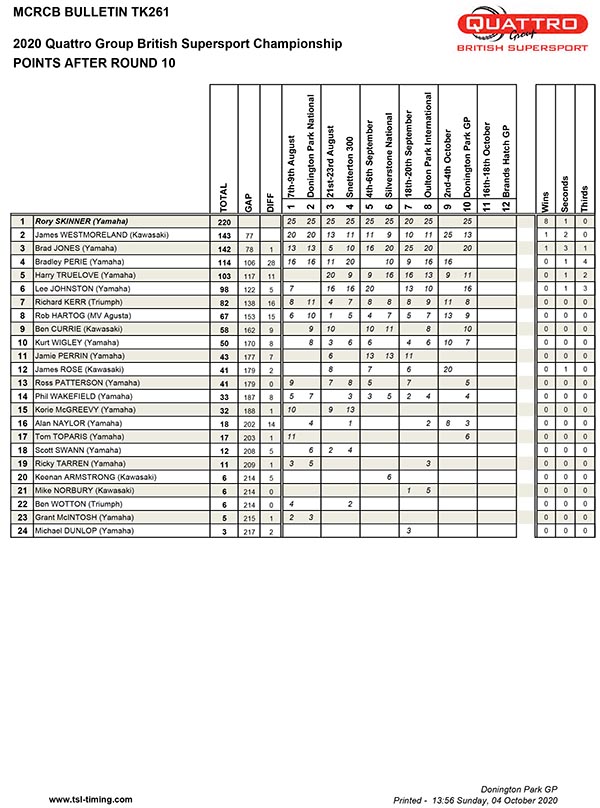