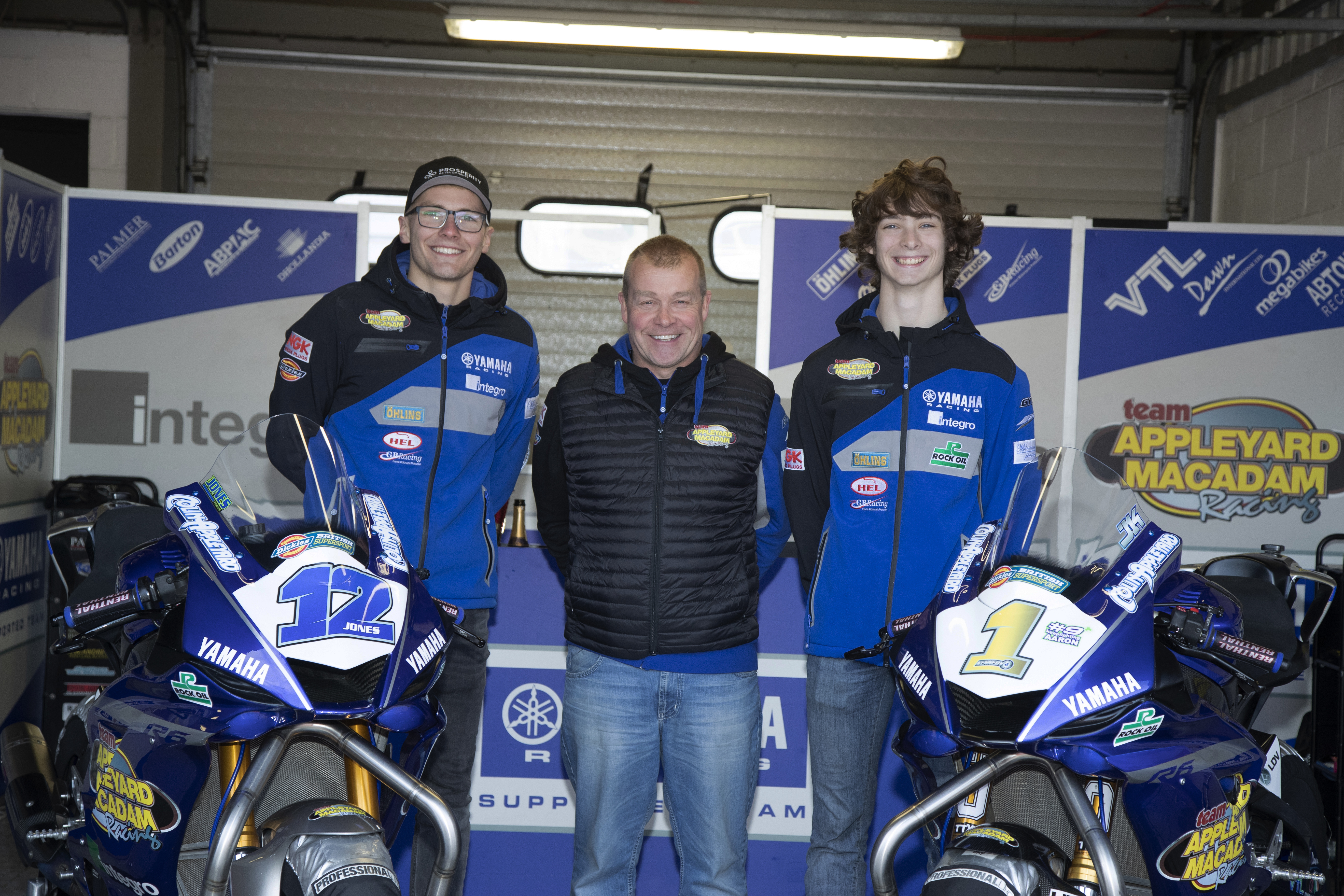 The Integro Yamaha squad have today unveiled an exciting young rider line-up, featuring Brad Jones and Rory Skinner, as they prepare for the 2020 British Supersport Championship.

The Yorkshire based Colin Appleyard/Macadam team are looking to extend their winning streak to a fourth consecutive title but this time are looking to develop two talented young riders along the way. Formerly the team took the title with Keith Farmer in 2017 and Jack Kennedy in 2018 and 2019 riding their formidably prepared Yamaha YZF-R6 machines.

Twenty-one-year-old Brad Jones remains with the team for a third season after a standout 2019, which saw him take his first win among an incredible 23 podiums. The heating engineer from Dorset battled his ultra-fast teammate Jack Kennedy, throughout a superb and consistent campaign to finish as an impressive vice-champion in the series in only his second year. He also impressed many paddock pundits as he ran at the very front of the world supersport race at Donington Park in a wildcard appearance with the team.

Rory Skinner is a name that seems to have been around for quite a long time and yet he has only just turned 18. The talented young Scotsman is best known for winning the inaugural British Talent Cup in 2018 but he’s also been a champion through numerous junior racing classes. Last year Rory finished seventh, with a podium, in his rookie year in the Dickies British Supersport series on a fairly stock bike, and having never ridden many of the UK circuits before.

The 2020 supersport grid is looking highly competitive with some strong riders aiming to take this prestigious title and stop the Integro Yamaha gold run. For Brad the objective is clear, to ‘go one better’ and take the title, while Rory will be aiming to build on his debut supersport year and fight for podiums from the off with support from the team.

Rory said: “I’m really excited to be riding for Integro Yamaha; it’s a very successful, professional team but it also seems like a really good, positive working environment. It’s great to be picked up by Robin for such a proven ride with a well-developed bike, which means I can concentrate on refining my own technique and race craft which I know the team can help me with.”

Brad added: “I can’t wait to get going, it already feels like a long winter, fixing boilers isn’t the same as dicing for race wins! We had an amazing year and I feel like I’ve learnt a lot from battling Jack and our world superbike outing in particular. It’s clear we have the winning team and machinery, so this is my best shot at winning the series. Basically it’s down to me to maximise this opportunity. I’m really happy to be staying with the team and I think continuity and consistency will be key. I don’t think it will be easy this year but to win a title shouldn’t be easy.”

Team owner Robin Appleyard summed up: “This year we were expected to win the title and Jack was dominant but 2020 will be a very interesting challenge with two ultra talented young riders in our garage. We’re really looking forward to helping develop these lads to push themselves and us through the season.

“I’m really glad Brad is running with us again, he came on so much and ended up pushing Jack at most circuits, so we think he’s ready to take on some of the other big names returning to the series.

“Rory is an exciting prospect with so much natural talent, we just need to help him refine his style and he will be right up there also. Can we take a fourth title next year? It’s not going to be easy but we’ll give it our best shot! As ever a massive thanks to Integro, Yamaha, Macadam, Rock Oil and all of our other supporters who help us go racing.”

If you would like to join Rory in this exciting chapter, please visit our Sponsorship page, were you can get see how you can get involved.